Which Edition Of Cinematic Rooms Is Right For Me? 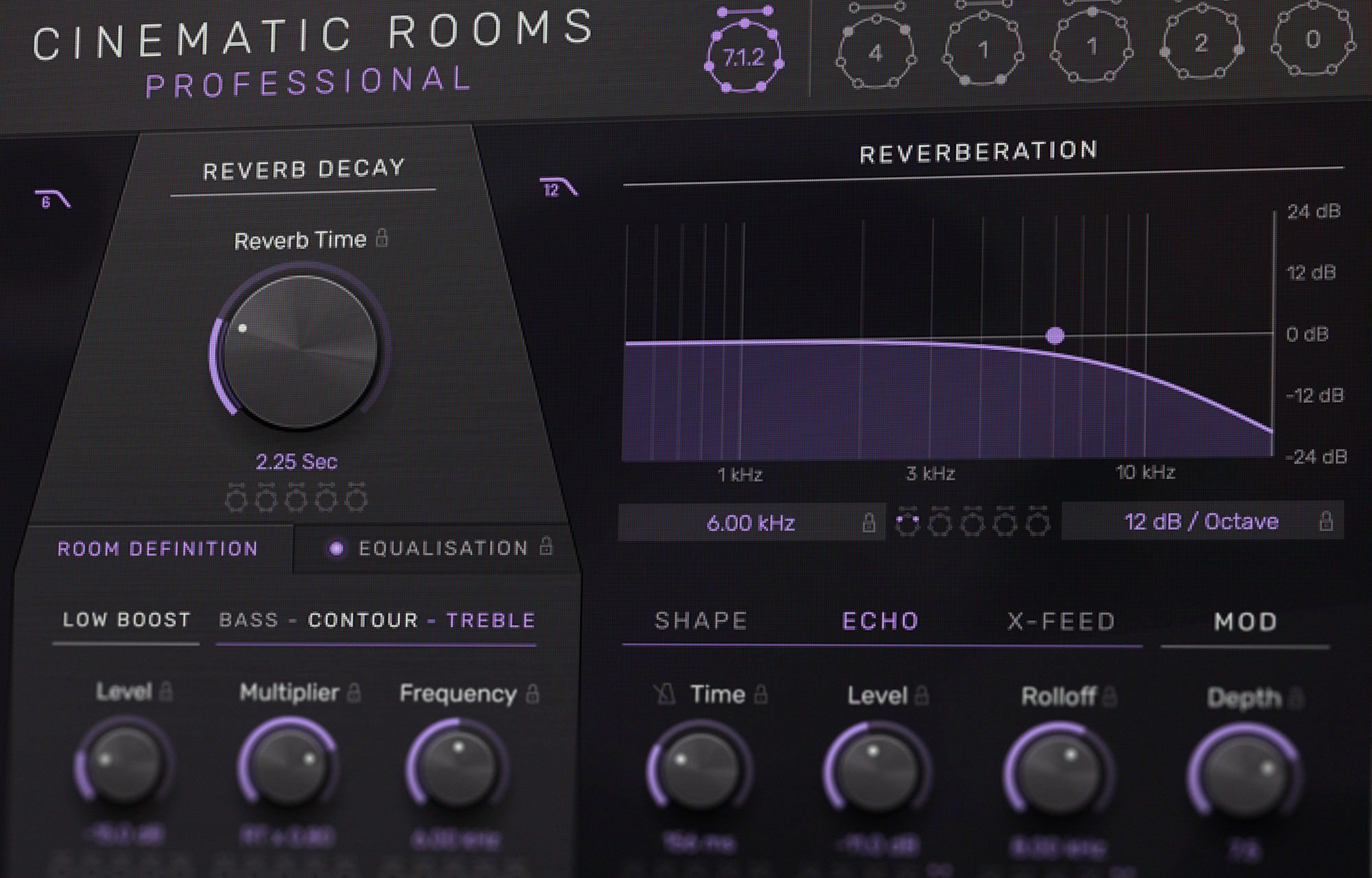 Cinematic Rooms is available in two editions – standard and professional – but coming in at two very different price and with very different feature sets which one should you pick if you’re looking for a great room reverb?

Perhaps you are deciding which demo to check out, or maybe you already have the standard and are thinking about upgrading to the professional, or even you’re an owner of another reverb and are wondering what makes these different. I’ll briefly take you through some of the factors to consider and hopefully help you to the best decision.

In short, if you are looking for a fantastic sounding and easy to use Atmos capable room reverb with what I considered to be the bare minimum of controls necessary to get a wide selection of great sounding rooms, then the standard edition has you covered. It’s quick and easy to use, simple to understand, and comes with a wonderful selection of presets that should make it a breeze to find the room to suit your needs. If you are a power-user seeking the ultimate control over your spaces with features you won’t find in any other reverb then the professional edition is for you! It comes with a huge selection of presets, including a set specially tailored to the needs of post production.

Both editions support the same 7.1.6 channel counts, and were designed to be extremely transparent room simulations for score mixing, surround composition and post production. In the year since its release, Cinematic Rooms has found a home in many of the top score mixer studios in London, LA and beyond – and I am delighted to say that some of the worlds top composers are loving it too.

Both use the same reverb engine, and will sound much the same when set up equivalently. If you’re wondering if you really need another room reverb at all though, please check out this article from last year to learn more about what makes Cinematic Rooms so special.

The main differences between the two versions lay in the editing plane feature, additional crossfeed control, the number of presets, the delay and post-EQ. Read on for more detail…

The stand-out feature of the professional edition absent from the standard is the surround workflow revelation of surround editing planes.

If you are working in surround you can make relative edits to the different surround regions (front, rear, side, etc). It makes a surround space truly come alive in interesting but believable ways – no other surround reverb has such deep editing capabilities. Drop a delay in the rear and a different one in the sides, widen the rear reverb and tighten the front reflections to create a sense of diversity, or filter different regions differently with the EQ – all of this and much more is possible in Cinematic Rooms Professional’s editing planes.

Since planes are relatively defined, it means changes to the master are respected within each of the planes as you make master edits. So if you filter down or lengthen the rears, any subsequent change to the reverb time or cut-off is going to track that change in all planes so you have a coherent space and congruent edits the way you intended the difference to be (no manual diving into each plane to make sure the longer rear decays are tracking the master decay will be necessary).

The surround editing planes aren’t always just for surround use either, you can use and abuse them in stereo too to create some very complex and interesting spaces.

I’d encourage you to demo both versions and experience some of the fantastic rooms that were only possible in the professional edition.

This one is all about pan tracking, and often a concern for the post production engineer. The feature was added as a direct result of conversations with top post production engineers in fact. If, like them, you’ve ever been frustrated that you can’t control the amount of reverb bleed across the surround space in most surround reverbs then crossfeed control is what you are looking for.

Suppose you are mixing some footsteps in a post production scenario; you have them mixed to the left side and send them to a surround reverb bus. In a typical surround reverb the level of the reverb is generally pretty even in all the surrounds channels, so that means you’ll hear around as much reverb for those footsteps in the front right as you do the left side. As you pan the footsteps around, the reverb level in all the channels stays constant. The reverb level is not tracking the pan of the source.

That’s not very realistic, and Cinematic Rooms helps out a lot here. You can set the timing (delay), level and roll-off filtering of the cross-fed reverb so that reverb in other channels sounds notably more distant or effected, or at higher or lower levels. It helps a great deal when creating a dynamic sense of space that reacts to the panning of your source in a natural way. The use of automation in the crossfeeds can really bring this to life!

You can read more about this topic in another article on crossfeed in Cinematic Rooms from last year.

The professional edition’s reflections engine has more flexibility – it has extra reflection patterns with which you can create a wider variety of spaces with different spacings between the early reflections. The pattern available in the standard edition is very versatile – especially when used with the size, reflectivity and proximity controls, but many of you will find the diffusion, width and pattern controls in the professional edition extremely useful for diversifying your spaces (even if that’s only explored via the presets). This is helpful for post production and large space designs, and even ventures into the more esoteric zone of nonlinear reverbs. The diffusion control allows one to create softer or more specular spaces for a better simulation of damped vs reflective environments.

Width control allows you to narrow or widen the reverb, often helpful for tight spaces or when you want to really emphasise the size of a large room.

We have covered reverb contouring in another article, so I’ll skip discussing the concept here – but the key thing to remember is that the standard edition has fixed contour frequency contour values that were chosen to be suited to a wide range of room contouring applications but the freedom to control the frequency in the professional edition means there is far more potential to sculpt more complex spaces.

When you’re looking to model some larger or more open spaces, often it is very useful to be able to drop a delay (echo) in to just the late reverb. Whether that is a reflection of a back wall or to emphasise the envelope of the decay, the professional edition allows you to do this with a definable time (sync to tempo is required), level and low-pass roll-off facilities.

The professional edition has support for chorusing, enabling you to add greater richness to sources like vocals, electric pianos or guitar. This feature was added in the v1.1 update, which you can read more about here.

A comprehensive ducking/compression and gate module was added to Cinematic Rooms Professional in v1.2, full details about the dynamics tools are available here including a video demonstration.

If you’d like to experience them for yourself just check out the free 14-day demos – listening with your own material is really the best way to decide whether a plug-in is for you. You can also compare them in detail by having a browse through the user guides for Cinematic Rooms and Cinematic Rooms Professional. If you’re still not sure after two weeks, take another week to decide with the 7-day demo extension codes!

Rest assured that if you pick up the standard version and the nagging feeling of buyer’s remorse wears you down a few weeks or months later then you can always upgrade with the Cinematic Rooms Professional Upgrade available for the difference in price at any time. The professional edition can unlock the standard, so you won’t lose access to your sessions at a later date.

Either way you’re looking at the smoothest and most transparent, the most flexible, and the most convincing room reverbs available today – and whether you’re working in stereo or surround, you can’t really go wrong with Cinematic Rooms!