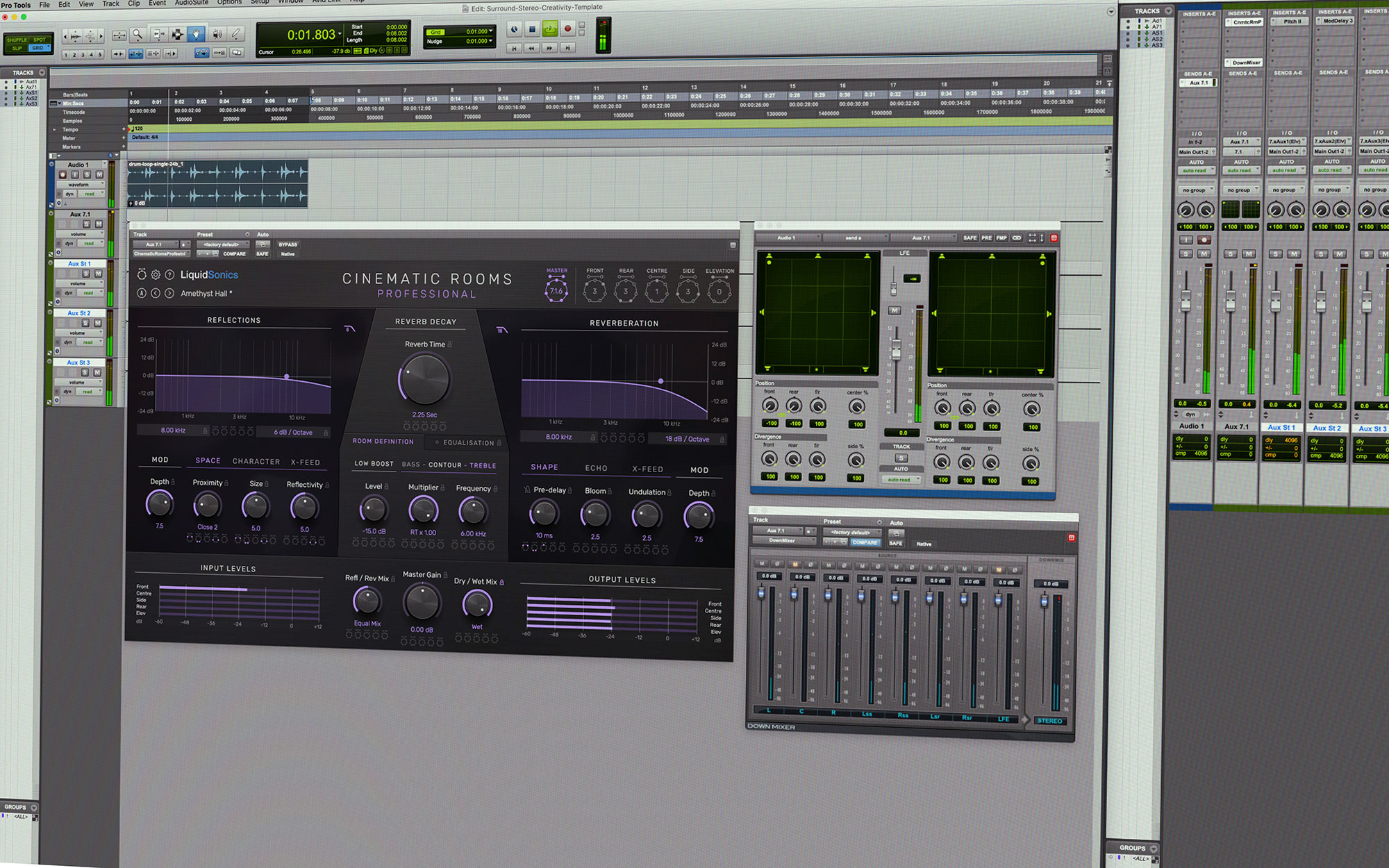 Are you a stereo producer enjoying your copy of Cinematic Rooms Professional but have found yourself wondering if you could somehow make use of the untapped power in the surround editing planes? If so, and if you have a suitable host, here’s a quick guide to show you how with a little creative routing you could find Cinematic Rooms Professional to be quite the powerhouse of creative potential!

You can treat the surround version of the plugin as multiple stereo instances by feeding the front channels of a surround bus, edit the reverb differently in each plane with relative biasing, and then drop the cross-fed rear/side/elevated surround channels down on top of each other with a down-mix tool to create a wonderfully detailed stereo reverb! Many surround capable hosts such as Pro Tools include a down-mix plug-in, or you could pick up a commercial one if your host doesn’t include something suitable.

Here are just a few examples of the things you could try:

If you are using Pro Tools, you can go even further by also using the plug-in’s three auxiliary outputs with the elevation plane:

Of course all of this could be achieved using stereo instances, but there are a couple of benefits to working this way:

If you like the sound of all this but picked up a copy of the standard edition (which does not include the plane editing capability) remember that you can easily upgrade to the professional edition at any time for the difference in price of the two.

I hope that liberates some creative juices in the power users out there… have fun!