Plate Reverbs – What Is Dispersion And Why Is It So Important? 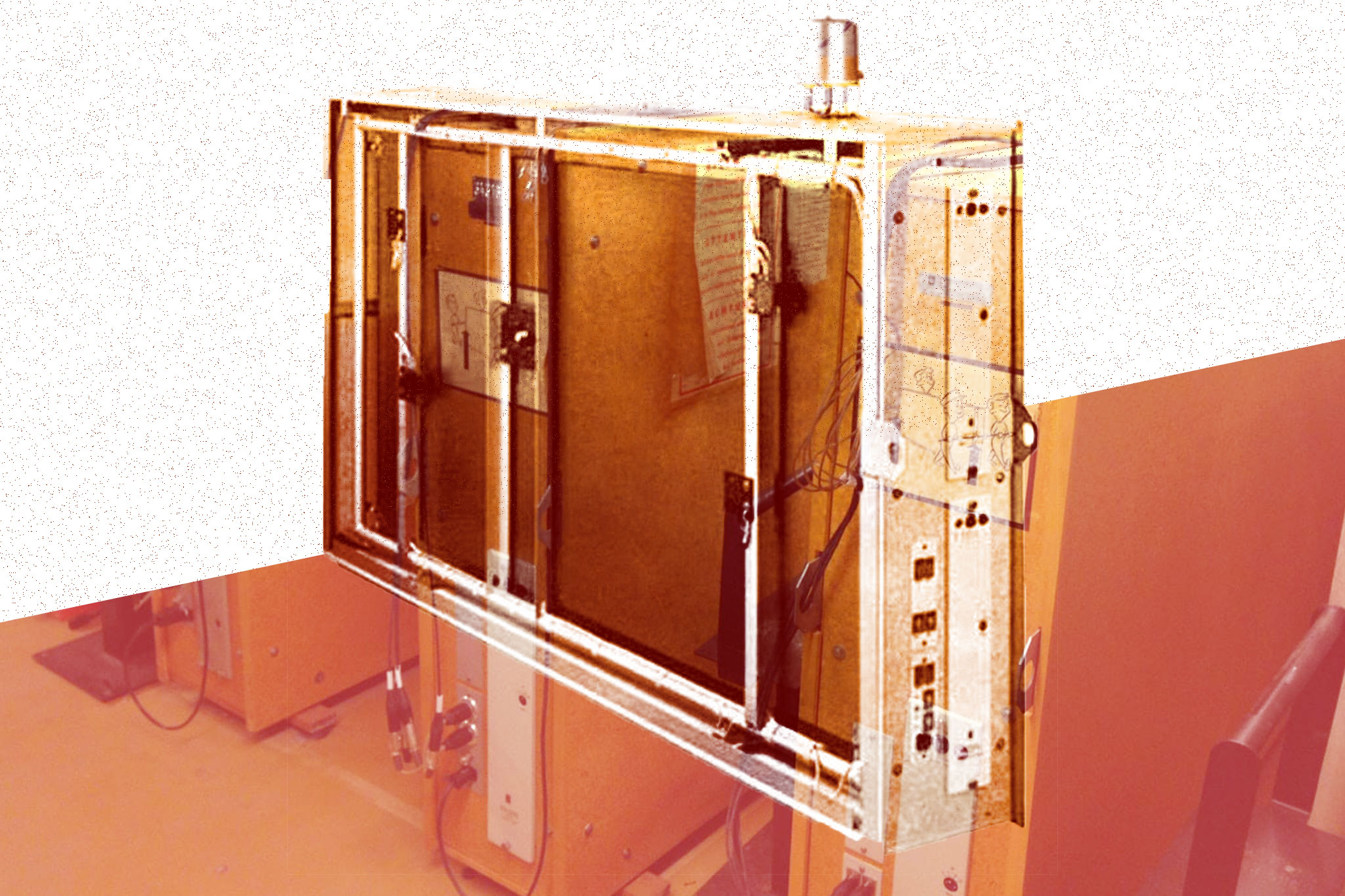 There’s something magical and unique about plate reverbs, but what is it that makes them so distinctive? How did they hold their own against the digital reverb emulations that emerged from the digital reverb revolution starting in the 1970s?

It’s a combination of factors.

In this article, we look into the last of those three; dispersion.

A plate’s dispersion creates a characteristic whip onset like no other reverb around. The high frequencies present immediately, but the lows take a little longer to gather, and they do so in a particular way. It’s easiest to understand by looking at an impulse response of a plate reverb spectrum. 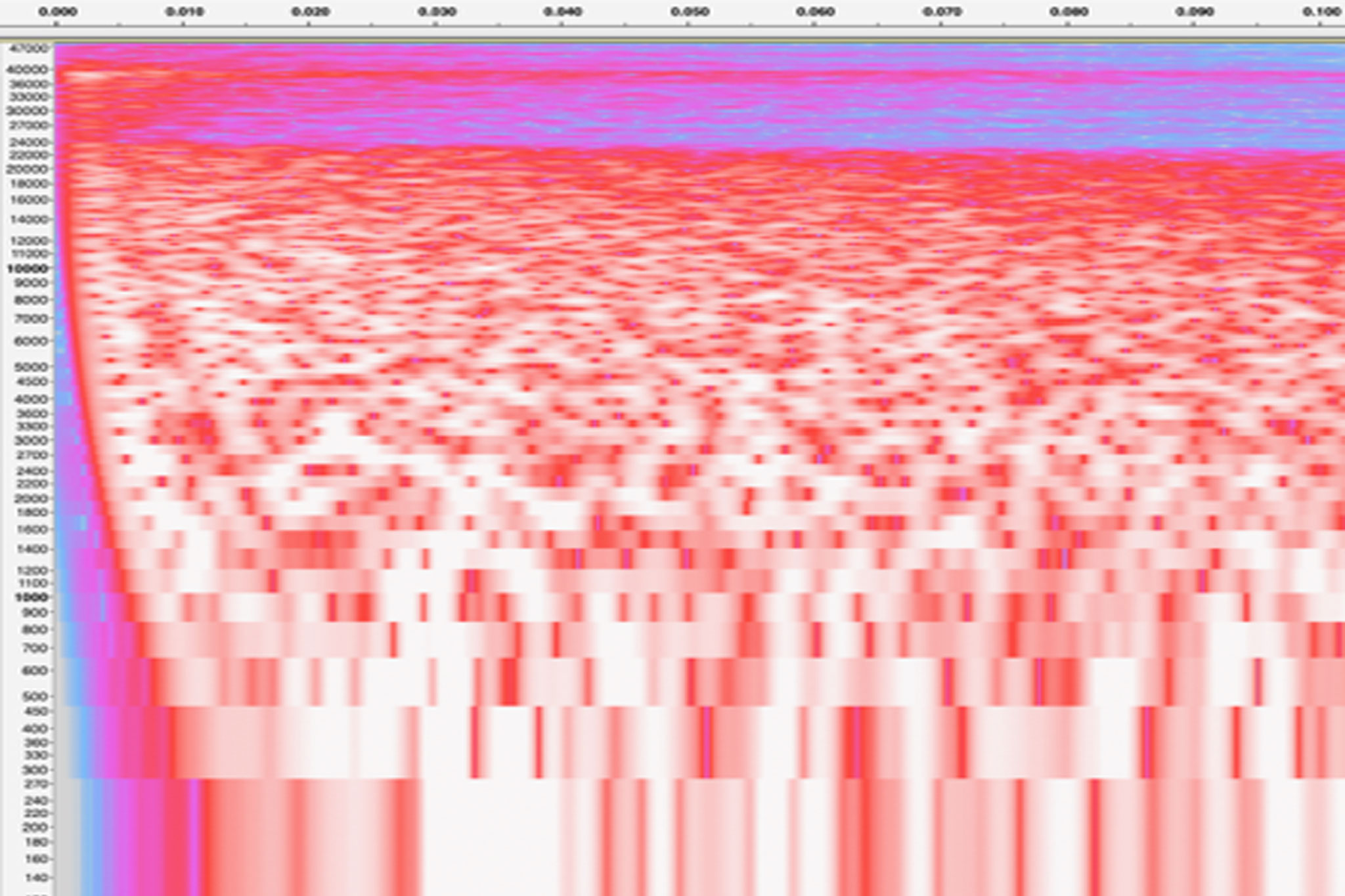 Here we have a sample from a classic EMT 140 plate reverberator lovingly maintained in a London studio. You can see at around 10kHz the onset time of the reverb begins to bow out such that there is around 10 milliseconds of delay in the lower frequencies not present in the upper range. It may not seem like a lot, but the ear picks up that transition very easily. Accurately reproducing the acoustic transition is critical to reproducing the sound of an authentic plate whip onset. Without it, all you have is yet another high-density reverb with an interesting decay tone.

The effect is most keenly heard on any material with sharp transients. Listen to some drums or stick-hits through your favourite reverbs with plate presets. Some of them capture this really well; in others, it is missing entirely.

The dispersion effect is, in essence, splitting and spreading out the frequencies much as a prism does with light. Pass white light through a prism, and we see the individual colours of the visible spectrum in different places; disperse audio, and we hear them at different times. Think of it as a short frequency-dependent pre-delay; low frequencies are delayed more than high frequencies. This delay occurs because audio travels at different speeds through metal depending on its frequency (lows slower than highs), so the low frequencies arrive later than the highs.

A more immediately audible consequence of this effect is due to the precedence effect. If a waveform hits the ear slightly sooner in the high frequencies than the lows, our brain processes the highs first and emphasises them. So plate reverbs will typically make a source’s initial onset sound quite a bit brighter even though there may not be as much in the way of equalisation happening as it may appear.

Many factors affect the amount of dispersion within a plate. Although this is uncommon in nature it is common to all plate reverbs. All plate reverbs have a different sound, and they all behave differently, age plays are part. The sound is dependant on the tension of the plate, the material, the position of the transducers, and so on.

In Lustrous Plates the dispersion control is front and centre – it’s easily controllable using a single parameter right under the decay damper. Just dial in as much or as little dispersion as you need!

You can even try this out in Illusion, pull up a plate preset and control its dispersion with the size control.

The spatial effects possible with the dispersion parameter are truly wonderful and harken back to the days using the classic devices from EMT. This sound can be heard on countless hits created over the years.

LiquidSonics Fusion IR technology makes this wonderfully rich and clean high-density reverb possible. Download a demo and hear it for yourself.